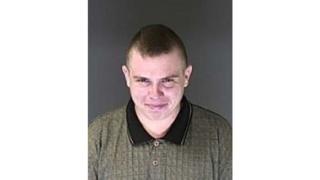 A Colorado man has appeared in courtroom for allegedly plotting to bomb a synagogue in a case prosecutors describe as “home terrorism”.

In response to courtroom paperwork, Richard Holzer deliberate to bomb the Temple Emanuel synagogue within the city of Pueblo as a part of a “racial holy warfare”.

Following a sting operation, the 27-year-old met FBI undercover brokers to go to the temple and plan his assault, prosecutors say.

Mr Holzer has not but entered a plea.

Throughout his courtroom he requested a court-appointed lawyer.

FBI particular agent John Smith stated in an affidavit that Mr Holzer had “used a number of Fb accounts to advertise white supremacy ideology and acts of violence”.

He informed undercover officers that he was a member of the Ku Klux Klan (KKK) – one of many oldest white supremacy teams within the US – and was now a skinhead.

Mr Holzer was arrested on Friday and admitted to planning to explode a synagogue that night with pipe bombs and dynamite, prosecutors say.

He faces expenses of trying to impede spiritual train by pressure utilizing explosives and hearth.

Following a mass capturing in El Paso Texas in August – which is being handled as a hate crime – greater than two dozen folks have been reportedly arrested in three weeks over threats of mass violence.