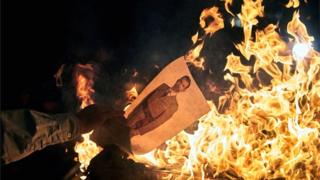 Hundreds of Catalan separatist demonstrators have taken to the streets of Barcelona in protest at a go to by Spain’s King Felipe VI.

Protesters lit a bonfire on a serious highway and burned photos of the king. Some banged on kitchen pots and chanted “Catalonia has no king!”.

The area has been hit by weeks of protests triggered by the jailing of separatist leaders final month.

Sunday’s ballot goals to interrupt the stalemate that emerged from the final one in April.

The three major separatist events took half in Monday’s protests, whereas the separatist-led Catalan administration urged supporters to take care of a civil angle.

The king – alongside along with his spouse, Queen Letizia, and their two daughters – was collaborating in an awards ceremony for younger entrepreneurs, scientists and artists.

Inheritor to the throne, Princess Leonor, 14, gave a speech on the ceremony, stressing her attachment to Catalonia.

Princess Leonor along with her father, King Felipe

“This land, Catalonia, will all the time maintain a particular place in my coronary heart,” she mentioned in her handle given in Spanish and Catalan.

The awards venue in Barcelona was closely guarded by police who arrange barricades and blocked one of many metropolis’s major thoroughfares. 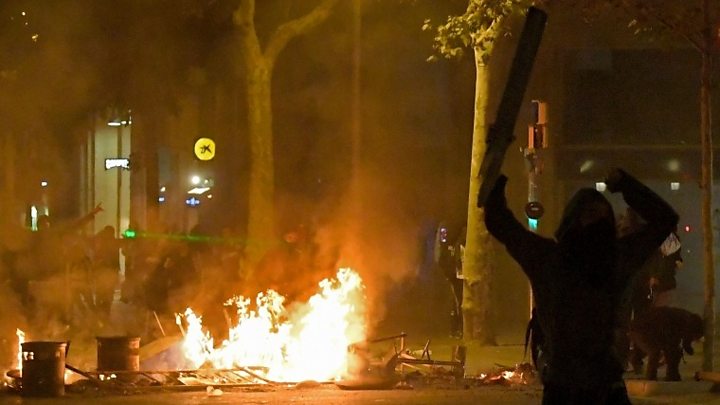